You are using an unsupported browser. Please update your browser to the latest version on or before July 31, 2020.

On iPad, you can use Multitasking to work with two apps at the same time, answer emails while watching a video, switch apps using gestures, and more.

Use Multitasking gestures on your iPad to quickly return to the Home screen, see the app switcher, or switch to another app. Here's how:

Open a second app with Slide Over 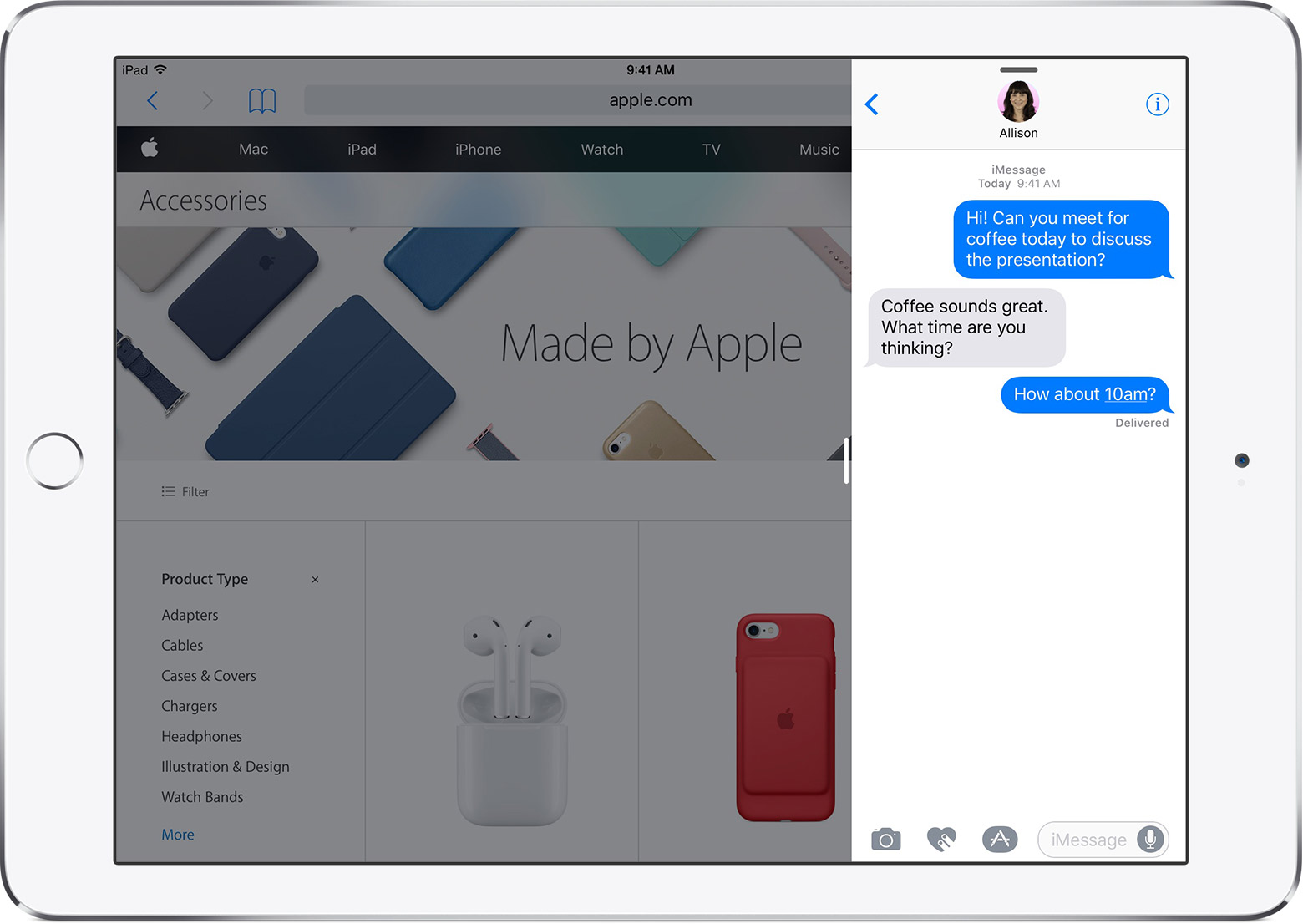 With Slide Over, you can interact with a second app without leaving the one you’re in. The second app slides in from the right so you can quickly check your text messages or respond to emails. Here are some things you can do with Slide Over:

You can use Slide Over with iPad Pro, iPad (5th generation), iPad Air and later, or iPad mini 2 and later.

Use two apps at the same time with Split View 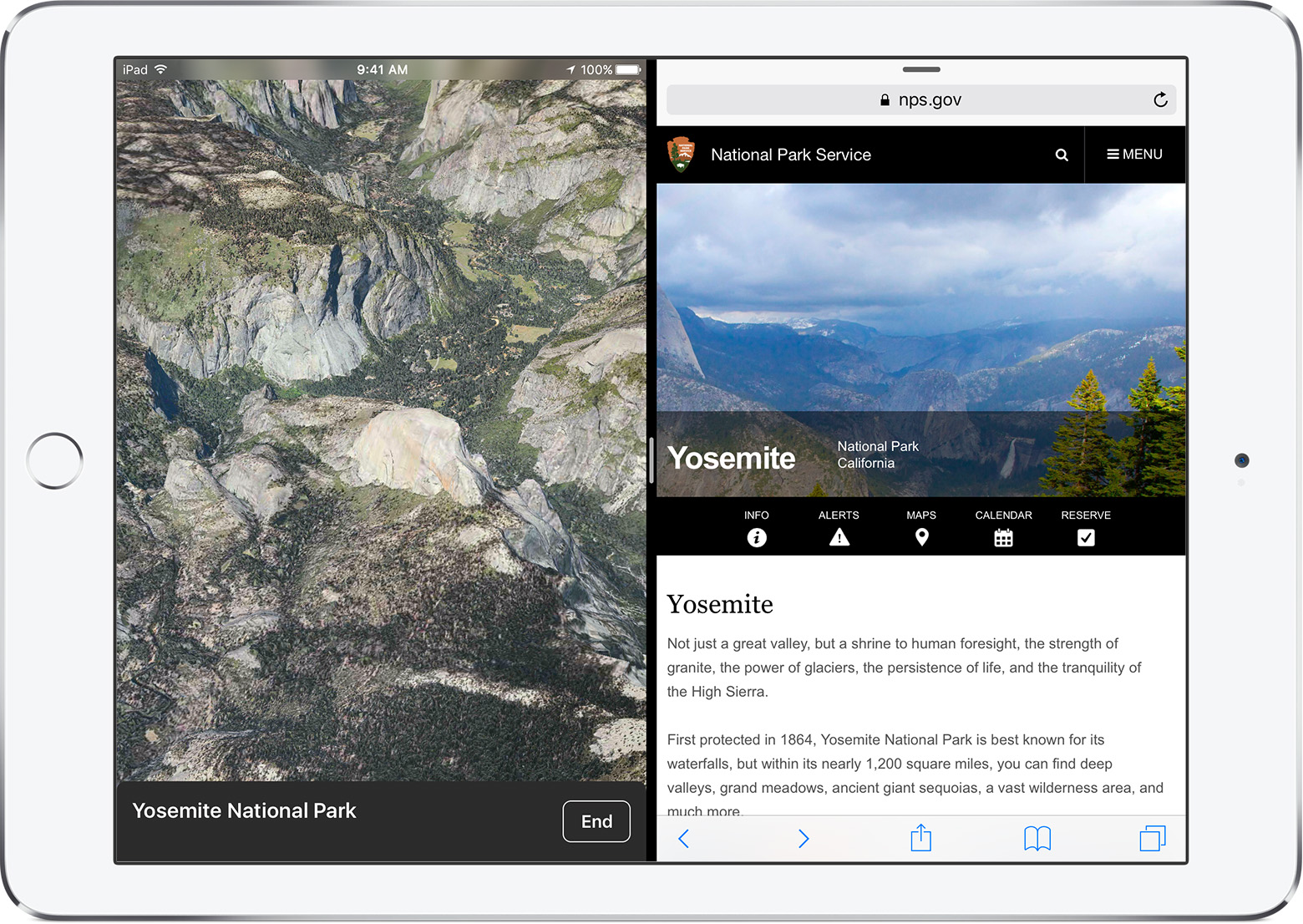 With Split View, you can use two apps at the same time. For example, you can read a book and take notes. Or look at a location in Maps while you search for vacation ideas in Safari. Here's what you can do with Split View:

You can use Split View with Safari, Notes, Photos, Calendar, and more. Split View isn't available with all apps.

Learn how to use Split View in Safari to see two websites at the same time on your iPad.

You can use Split View with iPad Pro, iPad (5th generation), iPad Air 2, or iPad mini 4.

Use apps while you watch a video with Picture in Picture 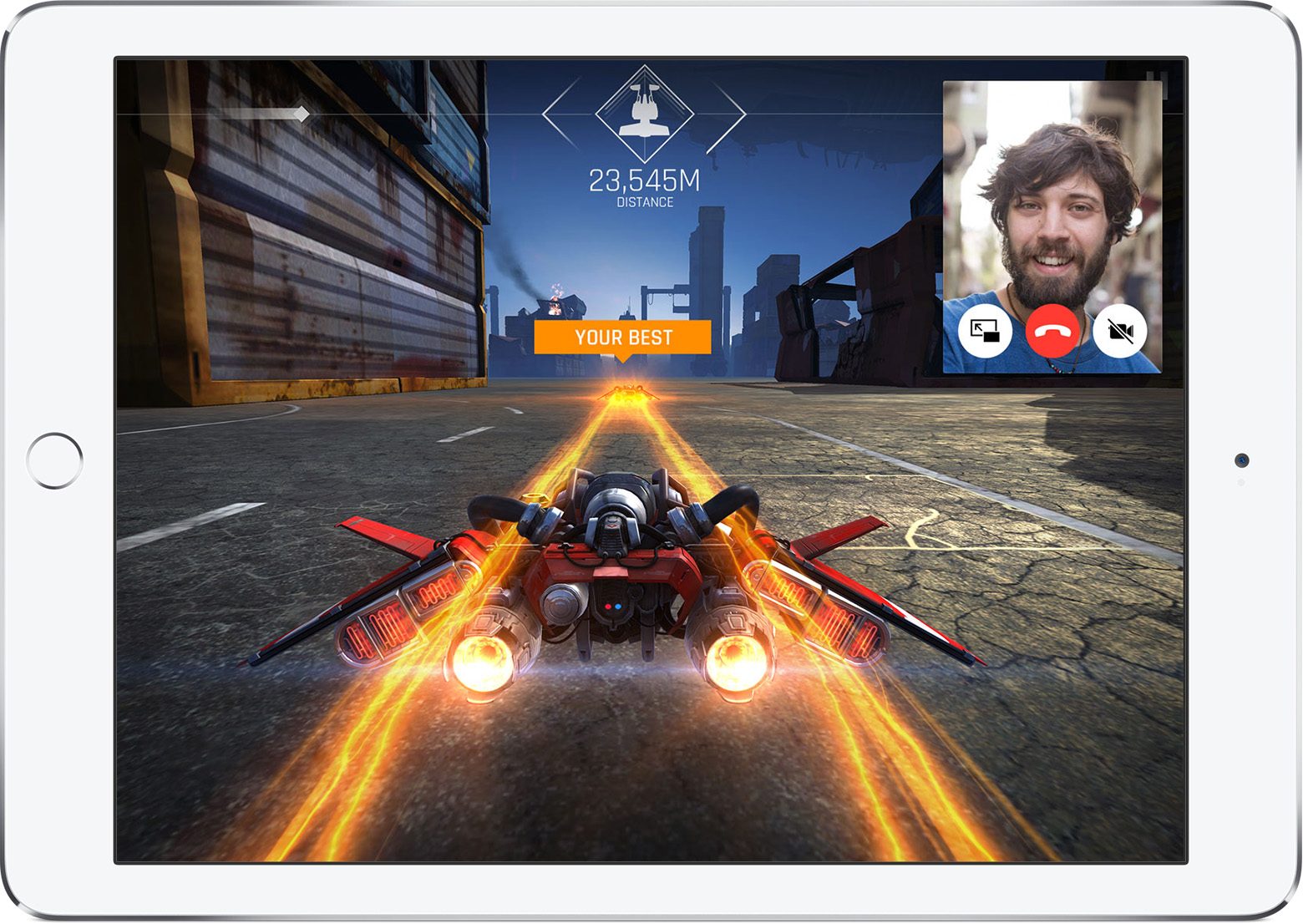 With Picture in Picture, you can do things like respond to an email while watching a TV show. If you’re using FaceTime or watching a movie, tap

and the video screen scales down to a corner of your display. Then you can open a second app and the video will continue to play.

To move the video, drag it to another corner. To return the video to full screen, tap

on the left corner of the video.

You can use Picture in Picture with iPad Pro, iPad (5th generation), iPad Air and later, or iPad mini 2 and later.

Turn Multitasking features on or off

To turn Multitasking features on or off, go to Settings > General > Multitasking, then you can do the following: 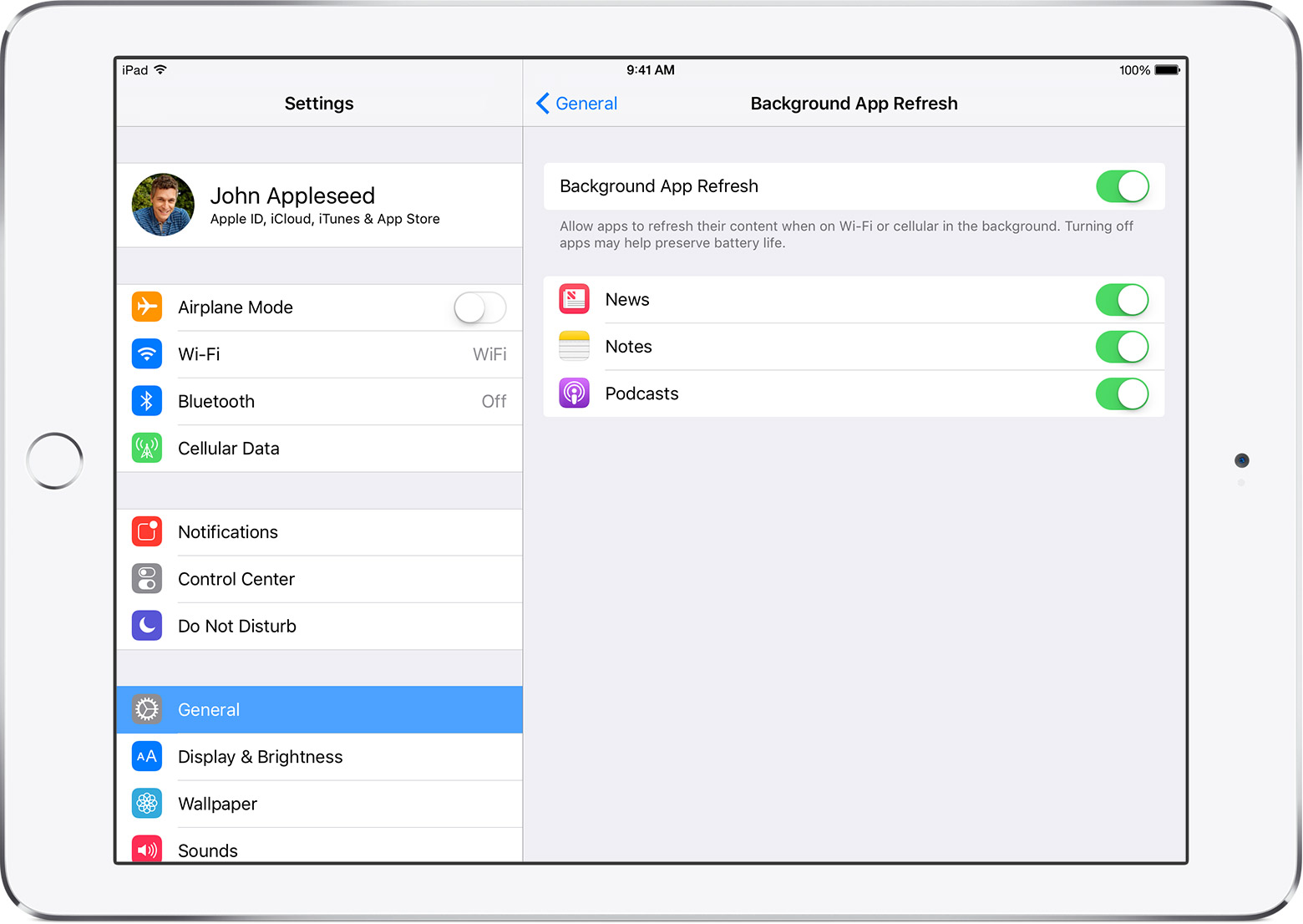 After you switch to a different app, some apps run for a short period of time before they're set to a suspended state. Apps that are in a suspended state aren’t actively in use, open, or taking up system resources. With Background App Refresh, suspended apps can check for updates and new content.

Feedback
0 out of 17 found this helpful